Ownership4All: The Next Generation of Ownership and Stronger Local Economies

As the rising, inclusive, more equal opportunity and sustaining outcome Stakeholder Economy takes shape, buttressed by non-purpose washing ESGs & SDGs practiced for real by social enterprises, impact investors, philanthropy, and government innovators; socioeconomic cracks are beginning to appear which, if unresolved, can widen problems instead of expanding solutions.  A rapidly appealing, immediate postpandemic enterprise conversion imperative risks stumbling into a contentious pit of unfair tax structure differences, unaligned vocabulary, uncorrected and outdated misperceptions and in some cases, intentional misinformation on the part of one about the other.

This creeping multi-dimensional imbalance is further exacerbated by the rising origin and outcome differences between potential worker and existing employee owners.  The former exceeds the latter in terms of diversity and population acceleration as gig economy “work more for less” and egregious worker misclassification practices advanced by grifter corporations deliberately confuse consumer choice with workplace justice.

The “Great Resignation” showcases how “moral injury” directly linked to exploitative and extractive workplace culture results in millions of American workers choosing to reject continued workplace trauma laid even more bare during a pandemic that out mutates tried and found wanting structural solutions to date. The opportunity before us is to reclaim, convene, and empower Big Tent worker ownership models and encourage emerging hybrid spin-offs based on purpose driven values, mission impacts and performance metrics.

1worker1vote and ASBC/SVC, now ASBN (https://www.asbnetwork.org/), through our ever-evolving “Ownership4All” campaign believe that we have a once in a generation opportunity to move the needle on seeding civil society enriching worker and employee ownership.  This is especially relevant following the 2020-2021 pandemic’s economic ravages exposing mortality-enhancing inequalities underlining the mandate to go much farther than the 2018 passage of the bipartisan Main Street Employee Ownership Act that targeted, but has not yet succeeded in opening up the US SBA to hybrid ownership models for greater SBA loan access.  The intended inclusion of the co-op/employee ownership lending fund (SEC. 100504. FUNDING FOR COOPERATIVES – “This section provides $100 million to fund a pilot program for eligible cooperatives and employee-owned businesses to receive SBA loan products without the requirement of a personal or entity guarantee in reconciliation”), a priority for Leader Schumer, Chairman Cardin and Chairwoman Velazquez, represents a sine qua non advancement in this direction towards full worker ownership structural equality.

ASBC/1worker1vote have been interfacing with the White House Task Force on Worker Empowerment since its inception and the SBA pilot program is clearly a major result to support and communicate as broadly and consistently as possible.  The next step in this process is to deliver on tax parity.   There are several models of worker ownership, and the resulting inequalities and regulatory confusion contribute to the fragmentation and disparities of current tax law. Tax laws treat cooperatives differently than ESOPs, and S Corp ESOPs are treated differently than C Corp ESOPs.  Investors get to choose the tax structure best for them, usually ESOPs, but this is not necessarily the best approach for workers especially those who are unionized, gig economy structured and socioeconomically marginalized.

U.S. tax law must be changed to make tax treatment more uniform for all worker ownership models so hosting communities and their emerging worker-owners can choose the model and approach best culturally suited for them instead of having to conform to a structure imposed by any outgoing investor-owner.  Leaving the plantation means leaving the plantation. Tax parity leads to more inclusive, fair, and integrated workplace and civic culture as well as a more fulfilled, empowered and democratically enabled workforce.

To reunite the country and heal the inequities of our COVID-recovering economy, metrics show that broadbased, worker ownership social enterprises and ecosystems through shared high road principles and practices are more stable, inclusive, equitable, democratic, and competitive with fewer job losses, especially during downturns.  Research proves that combining an equity stake with participatory ownership culture (essentially the definition of a worker cooperative) creates better businesses. The basic democratic principle valued in nation-states and shared-ownership models is one-person-one-vote. An equity share is the right to vote and provides the basis for a new power-paradigm-changing culture that builds community wealth and stability, civic-solidarity, self-reliance, and more secure retirements.

Today, “flattening the curves” means reconciliation not just of opposites but of those who should be collaborating instead of falling into a classical, unproductive “us-versus-them” traps sapping momentum, inspiration, outcomes and sacred time.  All too often, demeaning one structure to advance the other results in a circular firing squad liquidating and re-marginalizing millions of workers voting with their feet for a better social and civic compact.

The “Ownership4All” campaign holds that “building it back better” must include “fairer” to guarantee aspiring worker and employee owners receive transparently “best” practices.  Learning the hard way that everything is downstream from culture, this campaign allows for hosting neighborhoods, barrios, boroughs and their emerging local worker-owner stakeholders shouldering these new social enterprises to have the freedom to choose the model and approach best culturally suited for them.  Increasingly, ESG/SDG impact investor practitioners are learning that  human, social and natural capitol can make or break financial capital starting with shared culture driving shared profitable returns on balance sheets uplifting those who do the work, their families, and communities.

Groundbreaking legislation points the way forward.  California’s Cooperative Economy Act (CEA), https://leginfo.legislature.ca.gov/faces/billTextClient.xhtml?bill_id=202120220AB1319, empowers “gig and freelance” workers as owners.  An ‘economy that works for all’ must envision a new form of labor market intermediary, representing a new employment paradigm where both traditional employees and “gig” workers not only receive employment protections, but also own and govern their workplaces.

The ASBC/1worker1vote “Ownership4All” campaign pursues four foundational policy goals and is open to others representing similar values and mission purpose:

To conclude, the 1worker1vote/ASBC/SVC “Ownership4All” campaign confronts yesterday’s zero-sum, socioeconomic class-burdened mindset and seizes the opportunity to build a more equitable and just economy by advancing deepened and broadened worker and employee ownership practices and practitioners.  As 1worker1vote states and examples like Black LA’s DCR campaign prove, “although it is well known that ‘nothing about us, without us, is for us’, also the reverse is true, that ‘everything cooperatively about us, with us, is for all of us’.  Heather McGhee in “Rise of the Rest of Us” calls this the ‘Solidarity Dividend’ which when put into motion is highly short-mid-long-term human, social and financial capital profitable.”   “Ownership4All” serves as the “secular civic inclusive prosperity & opportunity commons” restitching, outreaching to and reuniting all of the country starting in its most damaged places.

The Business Case for Worker Ownership 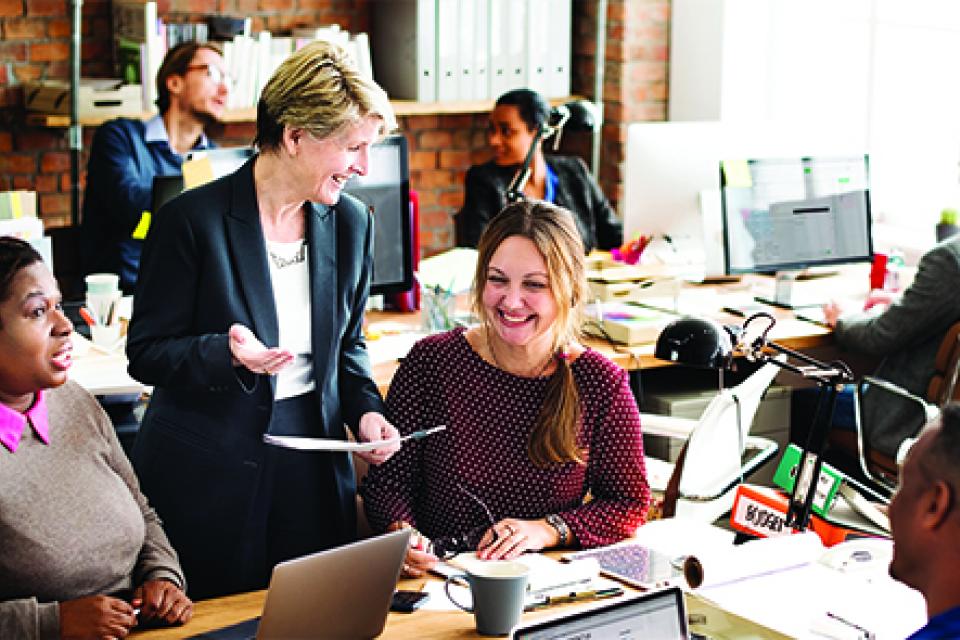 SUPPORT THE CAPITAL FOR COOPERATIVES ACT! SIGN ON TODAY! 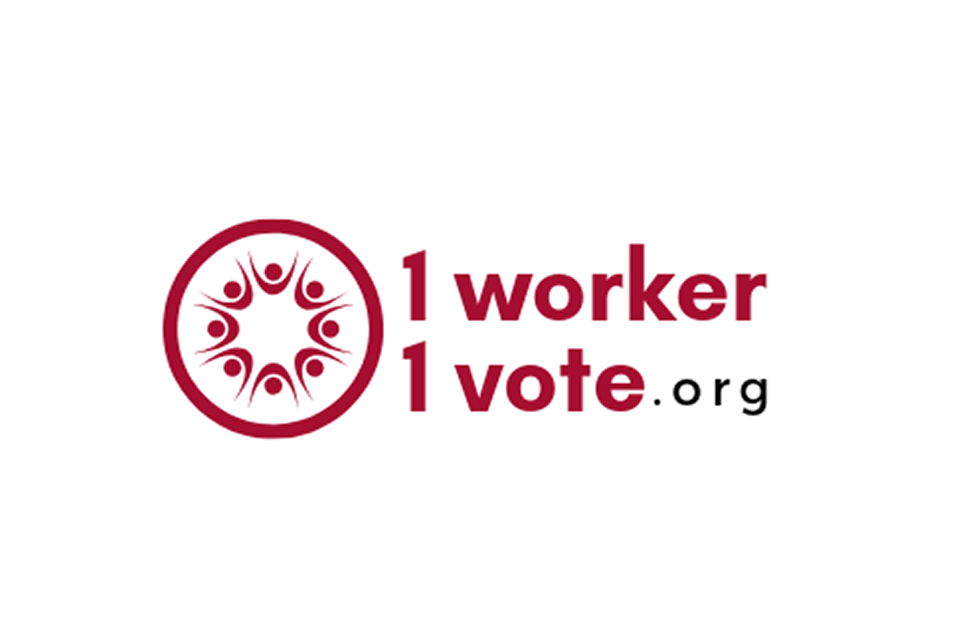 These reports and case studies contain clear and compelling business and economic benefits exist for our policy positions. In fact, most of our policy positions include ones that have been painted by others as bad for business. These documents can be used to help educate policymakers and others about how policies based on sustainable principles can be good for all stakeholders, including the planet.

Donate to Support This Campaign

The Business Case for Worker Ownership