Mike Green, ASBN’s director of climate and energy policy, celebrated the passing of the IRA at the White House 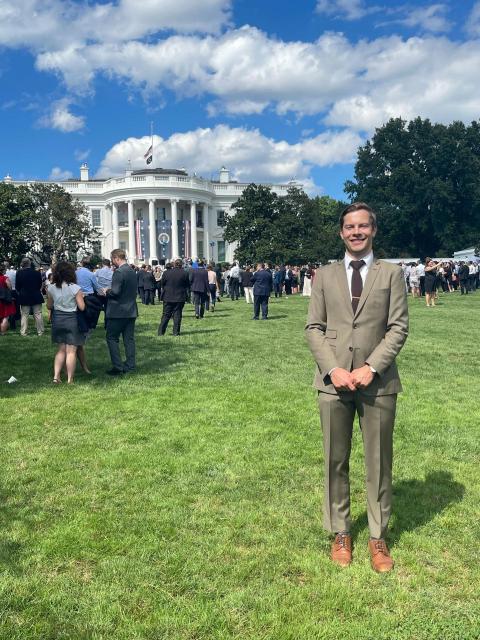 Yesterday,  President Joe Biden was joined by thousands of leaders on the White House lawn to celebrate the passage of the Inflation Reduction Act (IRA). The American Sustainable Business Network (ASBN) was honored to be invited along with elected officials, advocates, business leaders, and climate activists who  played a crucial role in this historic victory. Passed in August, the IRA is the largest piece of climate legislation in United States history and is expected to reduce carbon emissions by roughly 40 percent by 2030, equivalent to a net gigaton of emission reductions.

Over the past year, ASBN played a pivotal role in creating the awareness and action needed to push this legislation across the finish line. Throughout this initiative, we were joined by hundreds of business affiliates and members that helped build the momentum necessary  to deliver on the President’s campaign promise. Meetings held with officials at the White House and on Capital Hill allowed us to communicate our priorities and make the business case for solutions to address the climate crisis.  ASBN would like to extend a special thank you to those who embarked on this journey with us, and to the members of our community who used their voice in support of  our joint effort.

Although the passage of the IRA will make strides to eliminate climate pollution and the impacts of climate change our work is not done. In the coming months, we will have to defend this historic step and also ask for greater protections for our climate and impacted communities . As the President noted in his address, we must continue to stand up for what is right and build powerful movements that stand up to big-money interest groups.

As always, ASBN will continue to fight for an ambitious strategy to address the climate crisis and to position the United States as a global leader.