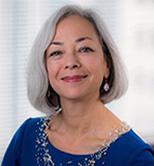 Thea Mei Lee is the President of the Economic Policy Institute. Previously, she served as Deputy Chief of Staff, Policy Director and Chief International Economist at the AFL-CIO. She had earlier worked as an international trade economist at EPI, and as an editor at Dollars & Sense magazine in Boston. She received a Bachelor’s degree from Smith College and a Master’s degree in economics from the University of Michigan. Ms. Lee is co-author of A Field Guide to the Global Economy, published by the New Press.

She was appointed to the U.S.-China Economic and Security Review Commission by Senate Minority Leader Charles Schumer, and she currently serves on the boards of the Congressional Progressive Caucus Center, the Center for International Policy, the Coalition for Human Needs, and the Progressive Talent Pipeline advisory council.