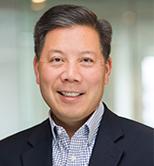 Chris Lu is a thought leader with a comprehensive understanding of American governance and over two decades of public service in a variety of roles. Since 2017, he has been senior strategic advisor at Fiscal Notes, a government relations management platform; and a senior fellow at the Miller Center, a nonpartisan affiliate of the University of Virginia that specializes in presidential scholarship, public policy, and political history and applies the lessons of history and civil discourse to today’s pressing problems. He is also a board member of the American Sustainable Business Council.

From 2014 to 2017, Chris was the deputy secretary of labor, serving as the chief operating officer of a department with 17,000 employees and a $12-billion budget. From 2009 to 2013, he was the White House cabinet secretary and assistant to the president, serving as President Obama’s primary liaison to the federal agencies.  Earlier, he was executive director of the Obama-Biden transition program and legislative director/acting chief of staff for then-Senator Obama. Lu has also been a senior fellow at the Center for Study of the Presidency and Congress, a fellow at Georgetown University’ McCourt School of Public Policy, and a fellow at the University of Chicago’s Institute of Politics.As an attorney, Lu’s earlier career included service as deputy chief counsel for Democratic staff in the House Committee on Oversight and Government Reform and in the private sector as a litigation associate for Sidley Austin LLB. He holds a BA from the Woodrow Wilson School of Public & International Affairs at Princeton University and a Juris Doctorate from Harvard University.