A New Ownership Culture of Work Submitted by Michael Peck on June 6, 2018 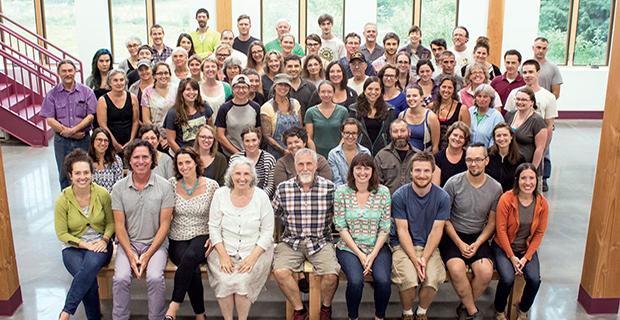 America’s polarizing cultural and socioeconomic conflicts framed by severe geographical inequalities and abiding racism desperately needs a Gettysburg Address reboot. If Abraham Lincoln were alive today, his prescriptions would surely be helpful as to how, once again, this “nation, conceived in Liberty, and dedicated to the proposition that all men are created equal” can survive the constant stress test of a nation at ground zero odds with itself over founding values, constitutional checks and balances, and civic destiny.

One century and a half after Lincoln’s battlefield eulogy, Americans (clans, villages, tribes, political parties, institutions) remain “engaged in a great civil war, testing whether that nation, or any nation so conceived and so dedicated, can long endure.” Then, as now, the jury is still out but widespread and broadened worker ownership policy and practice hope remains in Pandora’s tool box.

Lincoln’s Gettysburg paean to our collective ability to forgive, inspire and rise together is instructive, “It is for us the living, rather, to be dedicated here to the unfinished work… that government of the people, by the people, for the people, shall not perish from the earth.” The unfinished work starts with defeating self-imposed inequalities of opportunity, mobility and wealth by focusing more on steadily investing in a growing body of worker and union cooperative and other emerging, high social-impact worker ownership sharing structures that demonstrate competitive track records especially during economic downturns. Tax policies benefitting all worker ownership structures equally allows hosting communities and workers hoping to become owners to choose the approach that’s both best for them and for investor classes (e.g. the American Sustainable Business Council’s “Ownership4All” campaign).

In contrast, the losing candidate won the popular vote by a margin of more than 2.8 million votes, and 2.1 percentage points, and received more votes than any U.S. presidential candidate in history. Even more alarming, according to the United States Election Project, nearly half of eligible voters (46.9 percent of approximately 231,556,622 people) did not vote. Civic abdication was geographical, generational, racial and by economic class and gender.

Going forward, the Electoral College versus popular vote mismatch presages increasing structural, redlined inequalities by pitting underserved rural against underserved urban voters even when politically enhancing one at the expense of the other. The twin perils of legacy racism undertow due to the historically infamous “three-fifths compromise” and urban-centered direct vote tyranny of the majority represent a bridge too far for the country’s vanishing art of pragmatic compromise politics to contemplate. Demography as destiny remains choked by a die-cast, gerrymandering Electoral College acting as a hardening yoke collar around the throat of America’s representative democracy, that can’t be removed.

Even worse, the missing in action voting electorate implication indicts generational civic ethos hand-offs and deliberate, sustained lower economic class disenfranchising by those in power. Corporations-as-persons fund political outcomes endowed with enhanced Supreme Court-assigned rights that dwarf the rights of individual citizens as human persons. Political leadership on a bipartisan basis that cannot reimagine or inspire the nation beyond the confines of first-person pronoun singular odes to self, sucks the crème out of the American Éclair (an image evoked in the Broadway musical, Miss Saigon) to the point where abiding economic opportunity becomes a cruel sucker joke for campaign slogans with no sustaining follow-through.

The 2008 Great Recession accelerated a devastating series of nationwide wealth transfers including home ownership equity from the bottom and middle economic classes to controlling passive income interests. In some pulpits, prosperity gospel Calvinism as a predestination handmaiden preaches that structural inequalities between underserved rural and urban geographies and America’s success-bubble enclaves are divinely inspired.

The New York Times recently quoted U.S. Representative, Ro Khanna of Fremont, California, affirming that, “the greatest challenge of our time is the concentration of economic opportunity by geography.” Many Silicon Valley techno-mavens believe that in situ innovation is an all-purpose panacea to solve underlying inequality causes and effects but lack proof on the hometown homeless streets of San Francisco and Los Angeles.

Another block within the progressive Left policy community proposes Universal Basic Income and Guaranteed Jobs solutions which, while mitigating some inequality-derived societal inequalities, still substitute one dependency for another. The same temptation exists when selling top-down community wealth solutions instead of those that should be organically created (the Mondragon experience) so that workers own their entire self-liberation experience and process starting when the foundation is set. The former may please consultants, but the latter is where upward transformation magic turns locally resilient.

Externally-imposed dependencies are shattered dramatically when stakeholders become shareholders through their own bootstrapping and self-reliance efforts and then choose to align hard-earned profits with values benefitting the whole as much more than the sum of all parts. The daily practice of exercising voice and vote combine to seed, grow and harvest personal responsibility, civic equity, and access to community wealth through the cleansing trials and tribulations of individual and collective ownership.

The sobering truth is that both Democrats and Republicans are not intrinsically comfortable with workers becoming owners because each political party tribe is vested in its own vertical, zero-sum relationship dependencies (big government, big business, conservative and liberal donor and media ecosystems). Binary workplace structures (bosses versus workers) mostly rule in the digital universe by design as dual-class stock formulas are manipulated to retain individual control which is why it’s so easy for those in charge of their own power to exploit technology innovation as a sociocultural bait & switch.

Left to pursue “winner takes all” policies, America’s vicious socioeconomic class race to the bottom accelerates commoditizing workers into matrix-like energy and consumer consumption nodes. GINI and other formal performance indexes show that general prosperity including competitive productivity will benefit from gusher-up instead of trickle-down tax cuts; expanded, broadened and deepened workplace equity for workers; and targeted but non-addictive public sector assistance (read “The destruction of the American Dream”).

America’s present misery index is not a static condition – financially-contrived and derived predestination can experience in-place “true grit” reincarnation through the freedom inculcating trials and tribulations that equity can offer to every working human. Aspirational employment can be created from a renewing and empowering solidarity culture, starting with equalizing stakeholder ownership (individual and community, public-private partnerships). Intentional restructuring policies and projects can not only raise minimum wages to living wages and then to prosperity wages, but also restore meaningful productivity and a sense of accomplishment and contribution, empowering living standards and a more inclusive civic culture for all American workers regardless of background or location.

Instead of a “creative destruction” mindset that embraces or runs away from technology and reacts to each new application as a zero-sum transaction, “humanity-innovative” thinkers can start to reposition human beings in the center of new, cooperative socio-technological equations. This process can be part of an overall inclusive solutions framework evolving into a new “ownership culture of work.” Sixty years of the Mondragon cooperative ecosystem experience are instructive and lessons learned are being applied globally on an eclectic, localized basis. Inspired in part by Mondragon throughout America, organic worker ownership economic transformation examples and ecosystems are springing up in the industrial Midwest (Cincinnati and Dayton, Ohio – http://www.cincinnatiunioncoop.org), in Denver, Colorado, in Madison, Wisconsin, in Oakland and Los Angeles, California, and in New York City’s Bronx and Brooklyn boroughs (www.commonwise.nyc & bronxchange.com).

Ownership-enabling wealth includes equal access to individual and community land, home and workplace equity to ignite the process of regenerating value and hope back into America’s civic soul while practicing the arts of self-reliance, bootstrapping, ingenuity and innovation, operational competitiveness and civic engagement. Equating stakeholders to shareholders by cultivating the bottom of the country’s economic class pyramid will enable all of America to self-transform into interconnecting and collaborating virtuous circles and cycles. It will also free aspirational, creative human geometry to outline a more broadly prosperous, caring, ennobling, fair and united society and culture that votes for itself.

Michael A. Peck is a co-founder and executive director of www.1worker1vote.org, an ASBC board member and a founding institution of platformcoop.net. He’s served as Mondragon’s North America delegate since 1999.