Build It and They Will Come? Compost Infrastructure Challenges Circular Economy 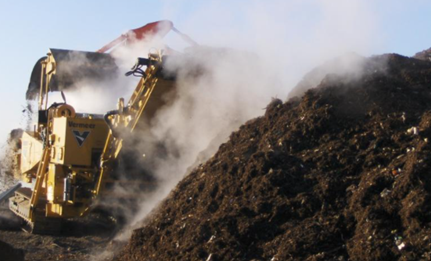 Like an avalanche gaining speed, we in the compost industry began to see the interest in composting as a key part of the circular economy begin to build momentum in 2016-17. What was normally a handful of compost-related bills in state legislatures began to surge to a dozen, then dozens, as the traditional recycling industry faltered.

The expansion of the organics recycling industry has also been driven by recognition of the value of organic residuals, and by the growing push for zero waste. Waste disposal costs and the need for managing ecosystem-services like stormwater management and drought are also increasing due to less landfill space, more hardscape development and less natural areas for stormwater infiltration. Governments and consumers are recognizing that moving organics from the waste stream to compost manufacturing can deliver a sustainable solution that is very beneficial to urban landscapes.

The Recent Explosion of Interest
In 2019, the National Restaurant Association took a deep dive researching bills affecting foodservice packaging that counted 87 state bills (and two federal bills)1. And, a current scan of state bill summaries in Legiscan concerning single use packaging comes to 71; compostable packaging and composting (including those two categories) at 100 .

The current explosion was accelerated by the collapse of the traditional recycling industry under pressure of the China Sword, the policy that increasingly rejected contamination that came with a push in the US to single-stream recycling. Additionally, the necessity of pandemic-related single-use products last year increased awareness by consumers desiring to reduce,  recycle, and compost materials that are being landfilled and burned.

What’s the Problem?
While this interest in composting might seem like great news, it presents a structural challenge that is poised to become an opportunity with the right response. The challenge: the infrastructure to accommodate the push to composting is not yet there. The last industry wide survey done by BioCycle identified 4,700 facilities recycling organics – with only 5% of those including food scraps in their feedstocks. While the USCC (US Composting Council, the industry trade organization) has monitored the growth of that number through the entry of new composting businesses into the organization’s  membership, it still leaves the majority of people in the United States without access to a commercial food scrap composting service, whether it be small- (community composting) or large- scale.

There has been no national quantification of the practice of at-home composting in America, and while it is a vital piece of the composting infrastructure, the fact remains that many Americans cannot or will not be able to compost at home.

This leaves a lot of compost desert unable to serve the growing demand for compostable products and composting of food scraps.

What is the industry doing?
USCC began working in 2018 on an initiative (called Target Organics) focusing on governments’  (primarily counties, cities and towns) ability to move the needle. Reasoning that these are the controllers of waste flow due to their responsibility for waste management, it is a logical place to begin the focus on efforts to grow infrastructure.

To verify what the compost industry had already learned from USCC’s  member organizations about impediments to growing oases in compost deserts, the Target Organics program leaders  spent two years surveying municipalities about their primary obstacles to increasing compost programs and facilities and verified these primary roadblocks:

What Are the Solutions?
Money for Compost Infrastructure: Tipping fee surcharges and the growing trend of requiring product manufacturers (Extended Producer Responsibility) to bear some of the cost of environmental programs can help increase compost financing and private investment. EPR bills currently moving through statehouses sometimes fail to allot monies to compost infrastructure development, even though a portion of those fees are proposed to be collected from manufactures of compostable products that must be managed in the composting system. This must change.

Federal Agency awareness  and recognition that organics collection IS a recycling solution. The compost industry has been educating and lobbying the US EPA to include organics recycling and compost in the National Recycling Strategy, the system they are developing for counting recycling efforts nationwide. Currently, that system does not take into account the estimated 30% of the waste stream that comes from organic residuals2.

National legislation in areas such as compostable product labelling, funding as an incentive for more composting at all scales, since the solution in the many diverse parts of the U.S. may differ from community scale, industrial scale, dropoff and home composting;

Bans and mandates on organics: Currently 22 states have banned yard waste bans from disposal; six states and four cities have banned the disposal of food scrap from their waste systems., and two have mandated organics recycling. More efforts such as these will spur investment and interest in compost facilities by the private sector, a “build it and they will come” approach, supporting the demand from municipalities found in the Target Organics  survey for private-public partnerships.

Compost Use requirements and incentives: The National Resource Conservation Service is currently evaluating a national soil carbon standard that will increase the use of compost on farms and ranches by providing incentives to store carbon by applying compost, which has been proven by research as a carbon sequestration tool. Compost should also be included in national carbon credit plans for the same reason. Additionally, municipal compost buy-back programs are another ingredient to ensure compost use; and the requirement of state highway agencies to specify compost, which as already been adopted by 12 states.

It is a challenge to American political leaders, businesses and consumers to come together to build a composting system that will serve the need, and desire, to recycle our organics. With more attention, funding and political will, it can be done. 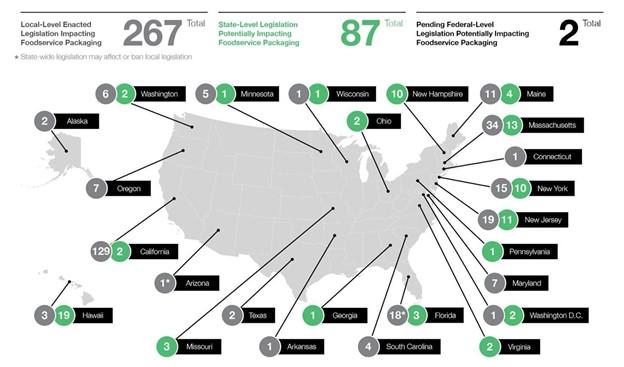