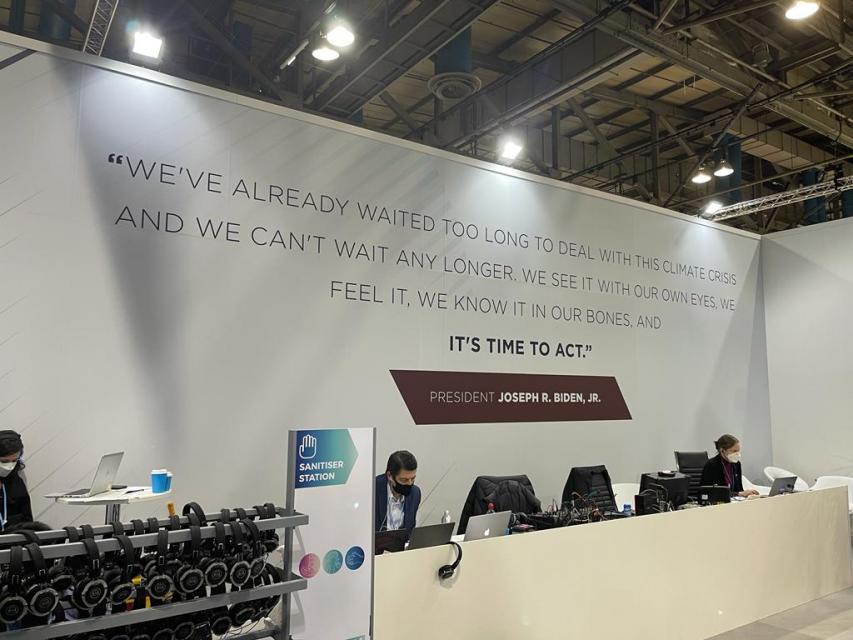 COP 26 is now well into its second week at the Scottish Event Campus on the River Clyde in downtown Glasgow. We have had surprisingly great weather outside of the COP, however, it is unclear if things are as sunny inside. It has been two years since delegates of the UNFCCC have met together and they are starting to feel the pressure to have something to show for the time off.

Monday and Tuesday were marked by an ever-growing US delegation of US Congress and US Federal Agency officials who mill about the halls. While some are here to be disruptive (see our last post on congressman Crenshaw), Congresswoman Alexandria Ocasio-Cortez brought her usual commitment to ambitious action. ASBC members had the opportunity to meet with David Tuck, the undersecretary of Energy as well as AOC and Secretary of State John Kerry.

Tuesday November 9 saw the finance negotiations take center stage in Glasgow. The global community has come up short on the committed $100 billion pledged by 2020. With this deadline passed, conversations around a new structure for global climate funding is on shaky ground. Countries are working to build trust while also make ambitious commitments for future financial flows. Negotiators are working on a process for setting a new collective finance goal for developed countries, and others where possible, to provide and mobilize by 2025. This is a fast turnaround for a mechanism to be created and operationalized.

Adaptation talks also pressed on, namely on how to develop a process to put into operation the global goal on adaptation. For many countries, reducing their emissions will have minimal impact on the climate crisis that their communities are already facing. Countries must specify how they will assist with adaptation not only financial but also by providing technical assistance and access to new technologies.

Ministers also continued to make new pledges on Tuesday during the High-level Segment.  Tuesday’s talks included the resumption of the high-level segment. While it is almost impossible to follow all of the country announcements in real time, both Indonesia and Singapore announced a new carbon tax which would help eliminate emissions from their heavy industry in 2022. 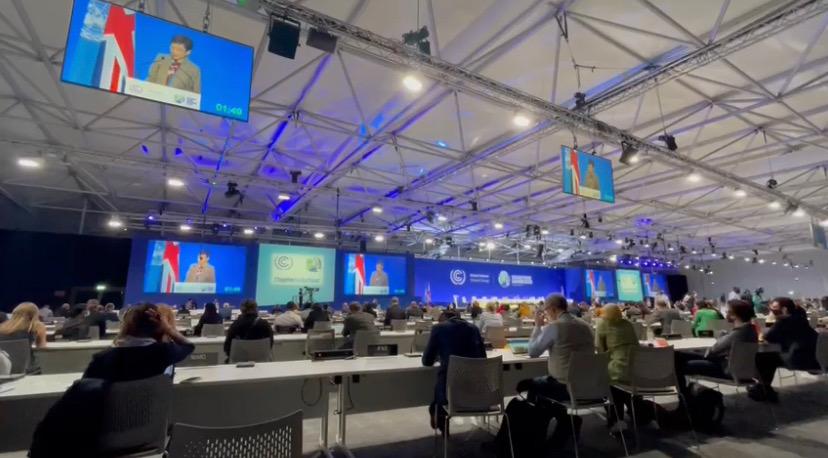 While talks are set to end on Friday, many already anticipate that they will spill over into the weekend. With issues on a global carbon market left unresolved, we anticipate long nights in the coming next few days.